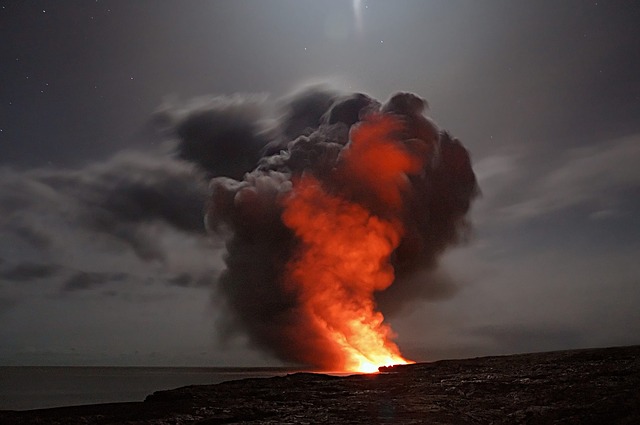 Hawaii is in the midst of an emergency due to one of the largest threats of a volcanic explosion in recent history. Kilauea, the most active of the 5 volcanoes that form the island of Hawaii is located along the southern shore of the island and has been causing panic since the beginning of May.

Having erupted consistently since 1983, the longest duration of any observed eruption, recent earthquakes along its rift zone have prompted officials to offer evacuation warnings. On May 3rd and 4th, earthquakes of 5.0 and 6.9 were detected respectively destroying houses, forcing an evacuation of up to 2,000 people, and other structures. While on May 17th, an eruption created a plume of ash that shot 30,000 feet into the air which engulfed a wide area of the Big Island.

Powerful explosions, such as this, can hurl “ballistic blocks”, the size of small cars, across a distance of more than one kilometre, while shooting smaller sized projectiles up to 20 kilometres, the United States Geological Survey (USGS) has warned. Projectiles have injured one man so far. While sitting on his balcony, molten rocks flew through the air and landed on his leg. Hitting him on the shin, the rock destroyed everything from there downwards. These lava spatters can weigh as much as a refrigerator.

There are further fears that lava may spill into the ocean causing an effect called laze. This occurs when lava reaches the sea and creates plumes of toxic gas. The USGS have warned that a chemical reaction could cause “hazy and noxious conditions”, which may contain small shards of glass and hydrochloric acid. This can cause itchy eyes, skin irritation and breathing difficulties for those subjected to it.

The volcanic activity has caused closure of the Volcano National Park and has had an extremely negative effect on tourism in the area, during what is supposed to be the busy season. Although local authorities have stressed that airports and other key attractions remain open. So far, the tourism industry is estimated to have lost up to $5 million dollars, with more explosions expected in the coming weeks and days, this figure will grow. Even in Kona, 80 miles from the eruptions and on the other side of the island, has seen a reduction in tourist income.