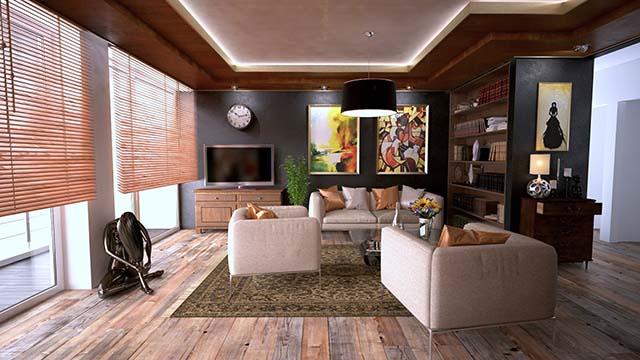 Motorized Blackout Blinds are the quickly being recognized as the easier, more efficient way for people to cover their windows, and for good reason. There are a few purposes for having the windows covered and although traditional coverings ‘do the trick’ there are so many reasons why upgrading to the electric side would be highly beneficial!

1. Darkness Any Time of the Day

People who do graveyard shifts or just generally have trouble sleeping on a ‘normal’ schedule know the struggles of trying to sleep in the middle of the day. The human body registers light and will find it difficult to shut down enough to sleep properly, even if it has been awake all through the night.

These blackout electric blinds are a way to mimic the night’s light -or lack thereof- by literally blacking out natural sunlight. They have special linings that are woven tightly to ensure that no light is able to get through and this ‘fake night’ atmosphere can trick the body into thinking it’s night, enabling it to shut down and be able to sleep.

One major thing that people are constantly battling is mother nature. In most places the winters are super chilly and the summers are boiling hot. A lot of power is used in both seasons in order to counteract the extreme conditions that some places experience. This is another place where blackout blinds come in handy.

The special lining that is tightly woven to disable sunlight from getting through, also acts as a thermo-regulation system. It is actually proven that the unique material and technique that is used to make the material can reduce the effects of temperature by about 24% meaning that less money can be in terms of energy and power.

Alongside this, these electric covers do not grow mold and aren’t easily damaged or worn meaning that they don’t need to be replaced too often. They are usually designed to fit perfectly into a window, unlike traditional curtains meaning they aren’t collecting dirt and dust from the floor.

3. They are Remote Controlled!

This is probably the best reason yet. The chances that the following scenario has happened (or will likely happen) to the average person at some point in their lives is so high:

After a long day they have gotten themselves ready for bed; gotten changed into their comfy nightwear, snuggled themselves up under the cosy covers of their bed and are just about to doze into dreamland when they realise that they’ve left the curtains wide open.

They then contemplate leaving them open, thinking that they’ll be able to handle to cold of the night that the exposed window will let in.. Thinking that they don’t care that they’ll be woken up too early when the sun rises in the morning. Then realise they’re kidding themselves, throw off their covers, drag themselves out of their beds to angrily close the curtain or roll down the blind.

Motorized blackout blinds completely remove the chances of this happening! That poor sod who forgot to cover up the windows before bed no longer has to will themselves away from warmth, but simply sacrifice a warm arm for a few seconds to grab the remote, click a button and rest easy knowing they’ll be sleeping nice and snug – right up until their alarms go off that is.

What people use to cover their windows may seem insignificant for some people. For others, choosing the right kind of cover can really help to improve sleeping schedules and heavily cut back on both time and energy costs.